Five myths about the Vietnam War 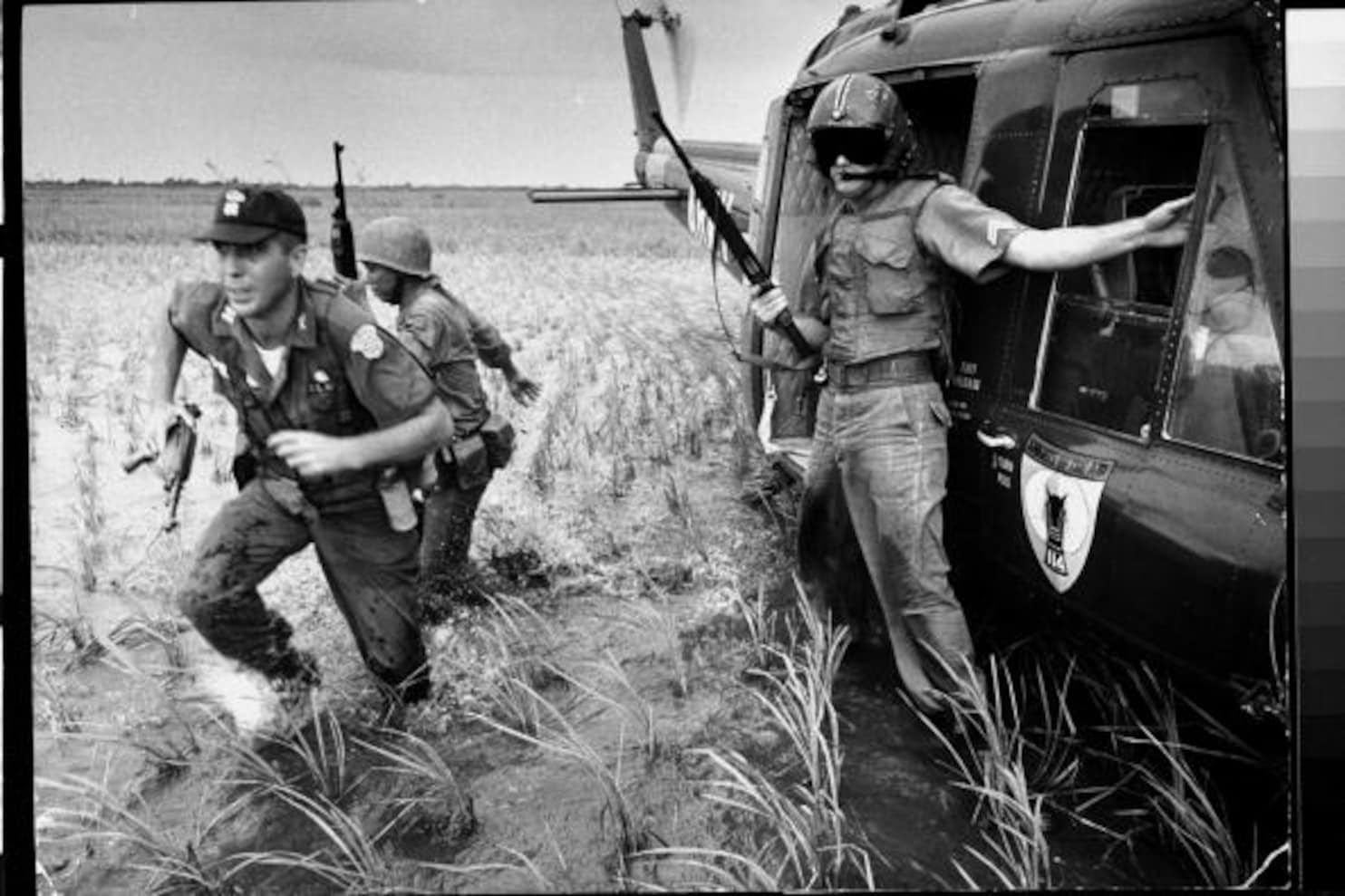 Lan Cao, a professor at Chapman University’s Fowler School of Law, is the author, most recently, of the novel “Lotus and the Storm.”

Ken Burns and Lynn Novick say their multi-part PBS documentary about the Vietnam War, which concluded this past week, was intended to unpack a complex conflict and to embark upon the process of healing and reconciliation. The series has catapulted the Vietnam War back into the national consciousness. But despite thousands of books, articles and films about this moment in our history, there remain many deeply entrenched myths.

The Viet Cong was a scrappy guerrilla force fighting a superpower.

“Vastly superior in tools and techniques, and militarily dominant over much of the world,” historian Ronald Aronson wrote about the hegemonic United States and the impudent rebels, “the Goliath sought to impose on David a peace favourable to his vision of the world.” Recode recently compared the Viet Cong to Uber: “young, scrappy and hungry troops break rules and create new norms, shocking the enemy.”

In reality, the Viet Cong, the pro-North force in South Vietnam, was armed by both North Vietnam — which planned, controlled and directed Viet Cong campaigns in the South — and the Soviet Union. According to the CIA, from 1954 to 1968, communist nations (primarily the Soviet Union and China) provided the North with $3.2 billion in military and economic aid, mostly coming after 1964 as the war accelerated. Other sources suggest the number was more than double that figure.

The Viet Cong had powerful and modern AK-47s, a Soviet-made automatic rifle that was the equivalent of the M-16 used by American troops. Its fighters were also equipped with submachine guns, grenades, rocket launchers and an array of other weapons. By contrast, the U.S. military gave the South Vietnamese armed forces old World War II-era castoffs, such as M-1 rifles, until the late 1970s.

The Vietnamese refugees who came to the United States represented the elite.

As the Immigration Policy Center’s Alicia Campi has put it, the 130,000 Vietnamese who came to the United States at the end of the conflict “were generally high-skilled and well-educated” people. Sociologist Carl Bankston described this group as “the elite of South Vietnam.”

Although the group that fled in 1975, referred to as the first wave, was more educated and middle-class, many who arrived through the U.S.-sponsored evacuation efforts were also people with close ties to the Americans in Vietnam whom Washington had promised to rescue. They were not necessarily “elite.” These included ordinary soldiers of South Vietnam as well as people who had worked as clerks or secretaries in the U.S. Embassy.

The second wave of refugees who left Vietnam after 1975 numbered approximately 2 million. They came from rural areas and were often less educated. Most escaped on rickety wooden boats and became known as “boat people”; they deluged neighboring countries of “first asylum” — Malaysia, Thailand, the Philippines, Hong Kong and Indonesia — at a rate of 2,000 to 50,000 per month. More than 400,000 were admitted into the United States.

The third wave of refugees, of which an estimated 159,000 came to the United States beginning in 1989, were offspring of American fathers and Vietnamese mothers, as well as political prisoners and those who had been put in “reeducation camps.”

The American fighting force in Vietnam relied on the draft.

Popular culture is rife with examples of poor and minority soldiers arriving in Vietnam via the draft and then dying. The idea runs through the heart of Robert Zemeckis’s “Forrest Gump,” Tim O’Brien’s “The Things They Carried ” and Michael Cimino’s “The Deer Hunter,” among other movies and books. Vietnam was “the most blatant class war since the Civil War,” as James Fallows put it in his 1989 book “More Like Us.”

The facts show otherwise. Findings from the Report of the President’s Commission on an All-Volunteer Armed Force in February 1970 show that 78 percent of active-duty troops in 1965 were volunteers. Nor did the military rely primarily on disadvantaged citizens or African Americans. According to the commission’s report, African Americans “constituted only 12.7 percent of nearly 1.7 million enlisted men serving voluntarily in 1969.” Seventy-nine percent of troops had at least a high school education (compared with 63 percent of Korean War veterans and 45 percent of World War II veterans). And according to VFW Magazine, 50 percent were from middle-income backgrounds, and 88 percent were white (representing 86 percent of the deaths).

Communist forces breached the U.S. Embassy in Saigon during the Tet Offensive.

One of the most pivotal events of the Vietnam War was the attack by the Viet Cong on the U.S. Embassy in Saigon in 1968. Retired ambassador David F. Lambertson, who served as a political officer there, said in one account that “it was a shock to American and world opinion. The attack on the Embassy, the single most powerful symbol [of U.S. presence] signaled that something was badly wrong in Vietnam. The Tet Offensive broke the back of American public opinion.” Early reports by the Associated Press said the Viet Cong had occupied the building. UPI claimed that the fighters had taken over five floors.

In fact, communist forces had blasted a hole through an outer wall of the compound and hunkered down in a six-hour battle against U.S. and South Vietnamese forces. The embassy was never occupied, and the Viet Cong attackers were killed. The Tet Offensive’s other coordinated attacks by 60,000 enemy troops against South Vietnamese targets were repelled. Don Oberdorfer, writing for Smithsonian Magazine, observed that Tet was a military disaster for the North, yet it was “a battlefield defeat that ultimately yielded victory” for the enemy.

In part, that was because the erroneous reports about the embassy assault were searing and humiliating to Americans, and no subsequent military victories during Tet could dislodge the powerful notion that the war effort was doomed.

South Vietnamese soldiers were unwilling and unable to fight.

Some contend that the Army of the Republic of Vietnam (ARVN), the South’s army, was not up to the job. Andy Walpole, formerly of Liverpool John Moores University, wrote that “they were [unwilling] to engage in combat with their guerrilla counterparts and were more interested in surviving than winning.” Harry F. Noyes, who served in Vietnam, complained about this widespread belief: “Everybody ‘knows’ they were incompetent, treacherous and cowardly.”

But those who fought alongside the ARVN tell a different story. Gen. Barry R. McCaffrey, adviser to the South Vietnamese Airborne Division, bemoaned that “the sacrifice and valor and commitment of the South Vietnamese Army largely disappeared from the American political and media consciousness.” He wrote of the tenacious fighting spirit of those troops, particularly at the Battle of Dong Ha, where they were charged with supporting American Marine units. “In combat, the South Vietnamese refused to leave their own dead or wounded troopers on the field or abandon a weapon,” he recalled .

South Vietnamese forces also fought off the surprise communist assaults on Saigon and elsewhere during the Tet Offensive of 1968. In August and September of that year, according to Gen. Creighton Abrams, commander of U.S. military operations from 1968 to 1972, “the ARVN killed more enemy than all other allied forces combined . . . [and] suffered more KIA, both actual and on the basis of the ratio of enemy to friendly killed in action,” because it received less air and other tactical support than U.S. forces. In March 1972, during the Easter Offensive, South Vietnamese forces, with American air support, also prevailedagainst a conventional enemy invasion consisting of 20 divisions. And in April 1975, the 18th Division defending Xuan Loc “held off massive attacks by an entire North Vietnamese Army corps,” according to one report. In the end, those soldiers had even more at stake than the Americans did.

Five myths is a weekly feature challenging everything you think you know. You can check out previous myths, read more from Outlook or follow our updates on Facebook and Twitter. 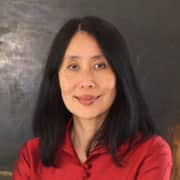 Lan Cao, a professor at Chapman University’s Fowler School of Law, is the author, most recently, of the novel “Lotus and the Storm.”